The rally outside the former home of Khadija Haynes in East Flatbush. | via YCL

BROOKLYN, NY — On July 7, a coalition of tenant organizations and community members came out in support of tenant Khadija Haynes (co-author of this article), who passed out from carbon monoxide poisoning in her basement apartment in April, apparently due to neglect on her part former landlord.

In response, a coalition held a rally to hold all abusive landlords accountable. Groups included Brooklyn Eviction Defense (BED), Crown Heights Tenant Union (CHTU), Not One More Block, and the Young Communist League (YCL). These organizations continue to demand that not only Haynes be held accountable, but also all working-class renters who suffer renter abuse. The groups gathered outside the tenant’s former home at 1008 East 40th Street, East Flatbush, Brooklyn.

The large group marched out of nearby Amersfort Park and arrived at Haynes’ old apartment, where a list of speakers demonstrated the power the working class has in the fight for renters’ rights. As neighbors emerged from their homes, they listened intently to the details of the treatment, which Haynes says she was subjected to at the hands of her landlord; Abuse intertwined with and perpetuated by the state. Similarly, this event showed that tenant abuse is not, of course, unique to the Haynes case, but occurs every day in working-class communities.

Although this tenant abuse case was particularly vicious, the tendency for landlords to abuse tenants is a fundamental reality of capitalist housing relations. Haynes’ experience of housing abuse is symbolic of a whole system based on unequal ownership between tenants and landlords.

In New York City, real estate companies continue to grow, and rental prices follow closely behind. This is reflected not only in the “remodeling” and gentrification of working-class neighborhoods by large property groups, but also in the sale and rental of illegal housing by smaller landlords. High competition and limited housing options mean landlords can rent out any dangerous apartment as someone will take it out of desperation.

A variety of systemic attacks continue in working-class communities, including inappropriate housing regulations, forced evictions and aggressive police action. Haynes’ speech at the rally emphasized that tenant unity is one of the most powerful ways to combat this abuse. The abuse initiated by individual landlords must be countered with the collective struggle for solidarity within the community. As Haynes explained, her abusive landlord left her in a vulnerable position, but she was also isolated from the community.

“No tenant should have to be abused when we see what our people are going through… We must call for community, we must call for protection of our people so that they do not have to live in miserable conditions.”

The natural “housing crisis” of capitalism

Haynes’ story is important because it reflects the day-to-day experiences of thousands of other renters. The East Flatbush neighborhood where she lives has filed 1,167 eviction notices since 2020. This isolated case is a microcosm of the abuse workers are subjected to through the housing system. As US cities become more unaffordable, unsafe living conditions become the norm, inevitably leading to injuries and deaths. As the livelihoods of poor and working people are constantly threatened, they are forced into dangerous housing, including poorly maintained basements and other cramped spaces.

As real estate companies continue to drive up prices, individuals will be exposed to more illegally converted and increasingly derelict homes from unscrupulous landlords trying to profit from rental inflation.

The housing shortage is a particular symptom of capitalist greed, a combination of higher rents, gentrification and monopoly-leaning real estate competition. Under the capitalist system, low-income tenants often have to choose between living in a dangerous apartment or eviction and homelessness.

In Haynes’ case, she had to live in a ramshackle basement apartment because that was the only housing option available. In a city where rents are rising steadily and affordable housing seems like a distant memory, the competitive nature of the housing market forces a tenant to take every apartment that is offered. But this forced housing choice can lead to health hazards for tenants, as in Haynes’ situation.

Friedrich Engels, co-author of Karl Marx’s Communist Manifesto, observed well over a century ago that the “housing crisis” arises automatically in a capitalist society in which “workers are crowded into the big cities en masse faster than housing can accommodate them existing conditions arise; in which there must always be tenants for even the most notorious pigsties; and in which, finally, the homeowner, as a capitalist, not only has the right, but also, in the face of competition, a certain duty, to ruthlessly get as much as possible out of his home rent. ”

Across New York City, working people are facing the painful ultimatum of moving into an illegally converted apartment or risking homelessness and dispossession. Often there is no other choice for the average person.

During the East Flatbush renters’ rally, police followed coalition and community members as they marched from Amersfort Park to Haynes’ former home. On the surface, it seemed like the police were there to try to control the protest and make sure it didn’t escalate into violence. However, it became clearer that officers were also present to monitor the protesters, protect the landlord and ensure there was a barrier between the apartment and the abusive tenant. Ultimately, the presence of the police reinforced the voices of resistance.

The coalition intends to fight alongside those in the area who are victims of a housing system that prioritizes profit over basic rights. This abuse will continue to take place in our neighborhoods unless community organizations and members come together.

When working people are assaulted by rising rents, tight public housing funding and police brutality against black and brown communities, this coalition will respond. The Housing Coalition will ensure that tenants not only understand their rights, but guarantee those rights through collective power.

As with all commentary and analytical news articles published by People’s World, all opinions expressed herein are those of the authors. 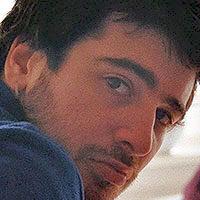